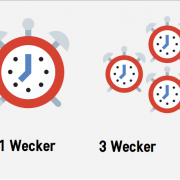 What is the plural of the nouns in German?

This table below shows some examples:

Unlike in English, the plural in German is very irregular. Although it is essential to learn the form of the plural by learning vocabulary words, there are some tips for recognizing the plural form of certain words.

We distinguish between five different endings to form the plural.

German plural without change of the endings

Some nouns do not have any plural endings. Among this category, some radicals remain unchanged, while others take a mutated vowel (Umlaut ä,ö,ü). Most of these names have an ending in -er, -el, -en.

German plural without change and without Umlaut (")

This table shows the type of nouns that are not changed in the plural and have no mutated vowel.

German plural without change but with Umlaut

There are nouns in German whose endings do not change in the plural but they have an Umlaut on the vowel of their radical.

Many German nouns form their plural by adding an -e at the end of the noun. Some of them use an Umlaut, others have their radical unchanged.

The radical of some nouns remain unchanged in the plural but they take the suffix -e. Most of them are in masculine, rarely in feminine or neuter.

The plural of certain nouns is formed with the suffix -e and an Umlaut on the vowel of the radical. Among these names are the majority of male names and some feminine and neutral nouns.

Some German nouns use the suffix -er to form the plural. The radical can sometimes take an umlaut on the vowel. Among these names, we find the majority of neutral names and some male names.

This table shows the plural of some nouns, where the radical stays unchanged and the suffix -er is used.

The plural of certain nouns is formed with the suffix -er and an Umlaut on the vowel of the radical.

Some names have the -n or -en in the plural. The radical never takes an Umlaut. Most of these nouns are feminine, but there are also some masculine and neuter nouns that use this ending in their plural.

There are some German nouns that take a -s in their plural form. Here the radical can not be changed, which means that there is no Umlaut in the plural forms of the nouns.

Which nouns in German have no plural?

This table shows when the German nouns do not have a plural form.

The plural of money das Geld exists: die Gelder , but it can be translated into funds in English.

Which German nouns do just exist in plural?

Conversely, some German nouns have no singular and they are just used in plural. Here are some examples:

Nouns with different meanings according to the plural

Some nouns in German use the same singular with different meaning,  just the building of their plural varies. This table shows you some examples.

Although, there are rules of the German plural, it is easier to learn the plurals of the nouns by heart. Check your knowledge of this topic with our free exercises. If you are not sure about the plural of a noun, you can request the information through http://www.duden.de . And don't worry, even the Germans themselves exercise this website.

Some names have the suffix -n or -en in the plural. The radical never takes umlaut. Most of these names are female names, but there are some masculine and neutral names.

Exercise about plurals with mutated vowels 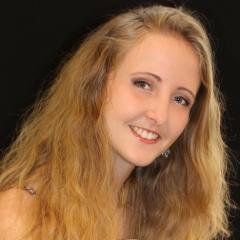