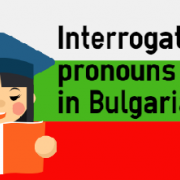 The interrogative pronouns are used to ask questions, such as who and what. Some of them refer only to people and other - to objects

1. Which are the interrogative pronouns in Bulgarian?

Interrogative pronouns can replace the noun in the sentence (person or object). In this case they are used on their own (without a noun).

2. How to use the interrogative pronouns

We can use most interrogative pronouns independently or as adjectives.

When we use them as adjectives they go with the noun and agree in gender and number with it.

We use "Кого" only when asking about the object of the sentence. Note that in everyday speech we use "Кой" instead of  "Кого".

Most people use only "На кой" to ask for possession, although "На кого" and "Чий"  are the grammatically correct forms.

We use "Какъв, каква, какво, какви" with a noun to ask "what kind of". In this case they agree with the gender and the number of the noun.

We can use "какъв, каква, какво, какви" with the verb "to be" to ask about nationality, profession, physical appearance and character.

"Колко"  corresponds to both "how many" and "how much". We use it separately or with  noun, an adverb or an adjective.

Like the lesson? Take a look at the next one!

Fill in the correct interrogative pronoun 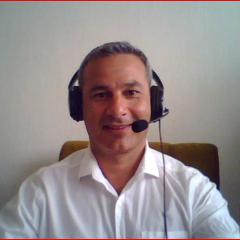 Ready to take on the challenge to learn Bulgarian?

Hello, My name is Zlatko. I believe that learning Bulgarian online with me gives you the best of both worlds: fast progress and enjoyment.Taking... on the challenge to learn a new language is impressive. The reasons might be different. Some people give it a go because they just like new things. Others need to learn a new language because they are moving to a country where the language is spoken. Remember that whatever your reason is, it is your motivation that is the key to successful learning. Who am I and why to pick me out: - online and face-to-face teaching experience: over 15 years helping hundreds of students achieve their language goals - flexibility: willing to tailor my techniques to both your interests and specific needs - patience and excellent listening skills - honesty and collaboration: let's build trust and consider our work as a partnership - native Bulgarian speaker with oustanding educational background - sense of humour In general, my teaching style includes, but is not limited to: - speaking practice through role-play activities - stotytelling and discussions - gap filling excercises - listening comprehension - vocabulary development - accent reduction How does that grab you? If interested, drop me a line and we will discuss your language goals and expectations. I OFFER a 15 MINUTE TRIAL LESSON TO DEMONSTRATE WHAT MY TEACHING METHOD LOOKS LIKE. Hope to see you soon. Here are a few tips on how to get the most out of every lesson: 1. Review what you covered in your previous lesson. 2. Focus on things you had difficulty with. I will definitely go over them. 3. It is always a great idea to take notes during your lessons. It helps you stay more focused on what you are learning. 4. Feel free to ask me if anything has come up since your last lesson that you want clarification on. Your questions do not have to be prior lesson related, maybe you are just curious about how to say something. 5. Be sure you have completed your homework assignments. If you were not able to complete them, make notes about what stumped you. Were the instructions not clear enough, was the vocabulary beyond your level of comprehension, were the grammar rules too overwhelming, was there too much homework for the time you had planned to spend on it, and so on. 6. Contact me prior to your next lesson if there are any issues or changes you would like to make me aware of so I can have a chance to make changes to your learning plan. Hope this helps. Read more 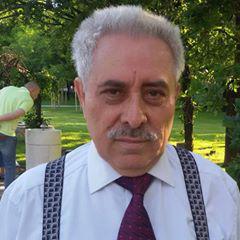 Welcome to my class!

Hi there, I am glad to meet you. First of all, let me congratulate you on the decision to learn or improve a new language. In your case this is... Bulgarian. My country, Bulgaria, is a beautiful country with nice and hospitable people. It is an ancient land with a great history and rich culture. Having learned our language you will be able to get in touch freely with our good people and country. I come from the town of Vidin, Bulgaria. I am a qualified English and Bulgarian teacher. I graduated back in 1972 from Sofia University with an MA in English Philology and Bulgarian Philology as a second subject. Since then I have spent most of my professional career teaching Bulgarian students. First of all, we will have a 20-30-minute trial lesson during which we can get to know each other, set expectations towards the lessons and schedule the timetable. The next step is simple - we start learning the language of your choice! Cannot wait to meet you and help you on your journey to learn Bulgarian.     Read more