Learn Filipino online with private lessons or group courses through Skype, Zoom, Facetime or any software of your choice.

Remove all I learn: Filipino

Hi there, my name is Winilda you can call me Win. I have a Bachelor's degree in Occupational Therapy and completed TEFL international course.... I've worked as a teacher for 14 yrs. handling Neurotypical or regular students and students with mental and physical disabilities. My expertise is both for adults and young learners who wants to learn basic English and Tagalog language. ( BEGINNER, BASIC, CONVERSATIONAL, TRAVEL, IELTS, BUSINESS OR JUST SIMPLY FREE TALK) Looking forward to see you in my class. Thank you Read more 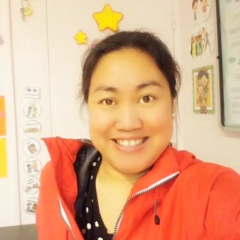 Learn to speak with confidence and fluency with Carmz!

Hello. My name is Carmela, but you can call me Carmz. I am originally from the Philippines where I worked briefly as a nurse as well as a nurse... instructor and professor of biology at a university. I have been in France since 2012 where I focused on teaching English to different clients: from children to adults, in schools, associations and private individuals. Equipped with more than 7 years teaching experience, teaching mostly English (as well as the Filipino languages, Tagalog and Cebuano/Bisaya), I am here to help you improve your English pronunciation and increase your word power, develop confidence in speaking it, and have fun while learning. Read more 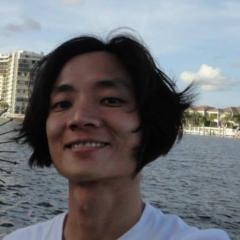 A language savant from the developing world, I have been spending most of my life trying to understand Westerners through the English language. ... My first job was at Accenture, and I am a veteran of two startups. I do research in natural language processing, trying to make machine translation work between non-European languages and European languages. I am a native speaker of Cebuano/Binisaya/Bisaya, I studied Tagalog/Filipino in school, and I can also get by in a few other Philippine languages. I grew up with a serious case of stutter, but I overcame it by trying to learn the most distant languages relative to me. I now speak English almost like an American, having worked for American companies and organizations most of my life. I also know the basics of French, German, Italian, Polish, Russian and Spanish, and I am familiar with the basic sounds of many other languages. I have been working part-time for most of my life as a Cebuano, Tagalog and English tutor, editor, translator and interpreter. I co-wrote a popular Tagalog course for English speakers, Simon & Schuster's Pimsleur Tagalog. I also helped customize the United States Defense Language Institute's Cebuano Headstart, an online introductory course to my native language for the US military. I can help you learn Cebuano, Tagalog/Filipino or English fast. I can also help you ace tests like the TOEFL, SAT and GMAT. Read more 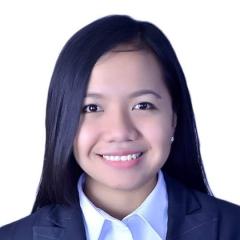 I am a tutor for two years, and I engage playing in learning so that students will have fun. I engage reward systems and make sure that students... will have the interest to study more. I am friendly and jolly person. I can easy get along with other people who are like me (jolly). I will help you to learn English in my easy ways. Read more 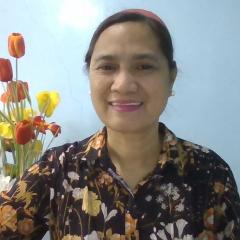 Do you have plan to visit the Philippines? Do you want to learn tagalog fast? I would love to help you.Filipino / Tagalog Tutor

My name is Ma. Teresa Tabasa Garcia. I was born and raised in the Philippines. I am a Native Tagalog Speaker and English is my second language.... I graduated from Central Luzon State University with the degree of Bachelor of Science in Garment Technology and I took an additional units in Education and units in Graduate Studies at CORE Gateway College. I had been a College Instructor and Trainer in Cookery in one of the Colleges in our place. As a teacher I am patient, friendly and flexible. I can teach students at all levels and all ages. I use a combination of methods and tools in learning namely: conversation techniques, storytelling, reading text books, PDFs, audio and video recordings. You will learn the different sentence pattern, grammar, pronunciation and intonation, you may include your topic of interest as well. I use drills and exercises to track your learning progress. I will make sure that you will learn something new at the end of every lesson. Read more 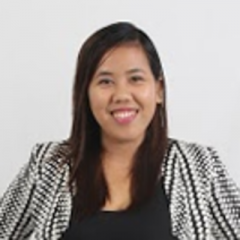 I have been teaching English for eleven years to different nationalities of different levels. I have taught Grammar classes, conversational... courses, TOIEC classes, and text courses for beginners. My teaching methods really depend on the level of the student, I usually teach a concept using two kinds of textbooks to beginners and I provide lots of corrections and sample sentences to advanced students. I am very natural and I love to listen to the personal experiences of my students. I am also TESOL certified, which I believe makes me qualified for the position. I hope to see you in the future. Read more 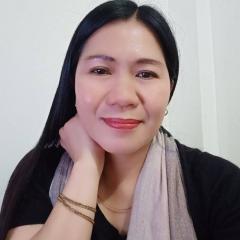 I'm an English teacher and has been teaching online for 8 years. Being a licensed teacher in the Philippines, I have been teaching offline and... online. I handle different kinds of lessons especially in Business English and ESL or English as a Second Language topics. My style and material depends on the level and request of the learner. I suggest based from what the learner needs, Please join me and experience fun and interesting lessons. Read more 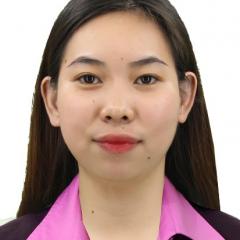 Mabuhay! Welcome to my profile, My name is Jean. Do you want to learn speaking Filipino or tagalog language? Don't worry, I got you! I am here... to will help you out! Learning Filipino language if fun and exciting! I am a Licensed Professional teacher here in the Philippines, I am an offline teacher, from nursery to secondary for less than 3 years and this experienced since then has allowed me to advance and refine my skills to better serve my students. My teaching methods in language is Direct- Method, also known as the Oral or Natural method. It’s based on the active involvement of the student in both speaking and listening to the new language in realistic everyday situations. The process consists of a gradual acquisition of grammatical structure and vocabulary. My learning materials includes Powerpoint presentations, relevant reading materials based on the student needs, also offering videos and recordings. Read more 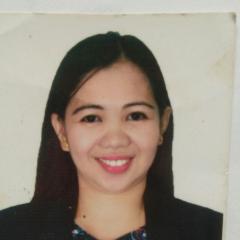 Hi Everyone! I finish my college with the degree of Bachelor of Science in Business Administration Major in Marketing. I am TEFL certifed and... Trainors Methodology NC11 Level 1. I teach Adult Learners from Vocational course Accredited by TESDA. My teaching methods are Role play, Problem solving, Demonstration, Story telling, Welcome new ideas and Simulation games. Here are my Learning materials Flash Card, Posters, Maps, Picture Puzzle and Chart. Read more 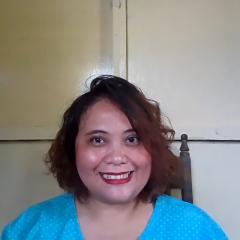 Your friendly and bubbly teacher Mae.

I graduated with the Bachelor of Science in Commerce Major in Managerial Accounting and Finance. I also have a vocational course Diploma in... Information Technology with a High Honor. I'm a Civil Service examination passer in the Philippines. I'm presently working as a government employee here in the Philippines and one of the focal person to one of our department sections in the office and I've been in countless experiences as a Master of Ceremony and a Moderator in our office or in a public presentation. I've been an Online English Teacher for more than 5 accumulated years since 2010. I've been in this field for quite a while because I love communicating with people. Most of my students are Koreans, Vietnamese, Chinese, Brazilian, Colombian, Russian and Japanese aged from 10 years old to 70 years old. I'm very friendly, supportive, kind, flexible with undisputed patience towards my students. Moreover, I'm bubbly, creative especially when it comes to ideas in how to handle a certain person while learning English as a second language. I also had with me a sense of humor to ease and comfort if there is pressure onwards. My set-up class with me and my students depending on what my students prefer. One of my strategies to my students in learning English language is through free talking or in a normal conversation. I gave you the floor to what topic that interests you personally I love to talk about a certain culture, tradition, travel, food or anything you like. If you are a beginner, we will start at the very basic through books or flashcards that depend on your preferences. Read more