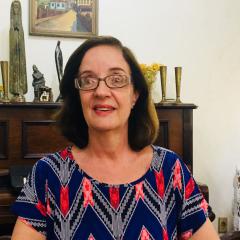 Private lessons in English or Portuguese for different purposes

My name is Lilian Baeta and I´ve been teaching English and Portuguese for foreigners since 1979. I graduted in languages at PUC University in Brazil, but also got the First Certificate and Proficiency from Cambridge as well as some others from IUP, Indiana University of Pennsylvania, US, where I took some subjects related to my major: structure of English, writing essays, oral communication and North American literature.

I´ve already taught at differrent and known English schools in my countrey, but since 1992, I´ve been foccussing on one to one or small groups as a private teacher. I´ve given classes at several companies and offices. I´ve been teaching different ages and for different purposes, according to the students needs and levels, including preparation for tests, conference calls, touristic trips and international exams.

I´ll be very pleased to provide any required information and clear up doubts, if you desire. 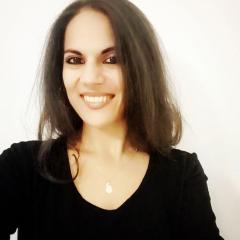 I'm Clarissa, I'm from ltaly. I teach Italian and Portuguese for all levels (beginner, intermediate and advanced). I have a Master's degree in... Specialized Translation and Interpreting, and a bachelor’s degree in Portuguese and Literature. I teach Italian and Portuguese. My classes are structured with conversation, vocabulary, grammar and activities. With my help, you will learn Italian and/or Portuguese quickly. I structured my classes in order to guarantee a gradual development of oral and written expression, including grammatical exercises, which allows vocabulary development. Read more 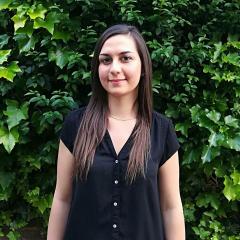 Hi, my name is Francesca and I'm an experienced and qualified Italian & Portuguese teacher based in London. I’ve been working as a... translator since 2013 and in 2016, when I moved to London, I discovered my passion for teaching and I've started my career. Through a teaching method focused on everyday communication and interactive activities, I help my students develop their language skills and be confident. Culture, of course, it's an inseparable part of the learning process. I provide authentic materials that suit the objectives of the lessons and the proficiency level of the students. My lessons are interactive and games are part of them: I strongly believe that having fun makes learning easier! Read more

ENGLISH AND FRENCH FOR BEGINNERS - SPANISH FOR ALL LEVELS

English Class - Beginner ✔Stage 1: (A1)Beginner- basic pronunciation of common sentences and grammar for day-to day communication. ✔Stage 2:... (A2)Elementary – routine conversation and vocabulary Totally beginners - Basic Conversation Class Learn basic words and with the use of situational teaching make your English most easy Self-introduction, shopping, asking directions and other situations won’t be a problem! ABOUT SPANISH Specific content for DELE and SIELE and other proficiency exams. I recommend that you always take 10 lessons, to acquire the necessary skills for DELE and SIELE. You will not want to sleep during classes I promise you! Read more