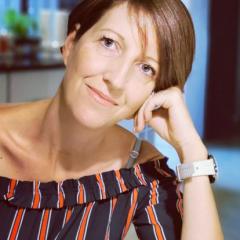 I am Katrien De Brabander, born in Belgium, Ghent in 1975.
I have a bachelor degree in education and I have been teaching since 1997 in several schools in Belgium. I also got a degree in French in 1998 in Vichy, France and I practiced English in Bath, England .
In 2012 I moved to South Africa and became a Dutch teacher at the ‘Nederlandse School in Johannesburg en Pretoria, DNS’ and started my own Dutch school at my home in Pretoria.
I became very passionate about the differences and similarities between Afrikaans and Dutch. Therefore I started a special course for Afrikaners, where I fast tract the road to learn Dutch by focussing on the differences and similarities between both languages.
I try to make all my lessons dynamic, authentic and fun!