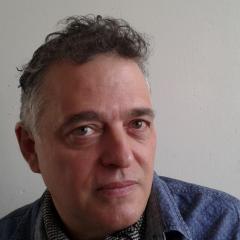 Develop your English proficiency by creating your screenplay or simply work on the basics. Courses for all levels.

I have been an English and French language trainer for 22 years, in the private sector, for the Royal Netherlands Army and for staff members of the Dutch Ministry of Foreign Affairs.

At the turn of the millennium, I invented and implemented a special method for advanced learners: developing language proficiency through screenwriting workshops (The Paramaribo Technique, ©André Dryansky, 1999). The core idea is using imagination and dialog as the learning base.

The students create a screenplay together - or together with the instructor in the case of a one-on-one program - and are asked to describe in a detailed manner the images, visualized action, plot lines and interactions between their characters that are forming in their minds. They are then required to write up their ideas and to defend these, as in a traditional Hollywood script conference.

I taught my method, mostly to IT engineers and to banking staff, with such clients as the BRED BANQUE POPULAIRE or ESI Software in France.