Lessons, teachers and courses in Antwerp or through Skype, Zoom, Facetime or any software of your choice. 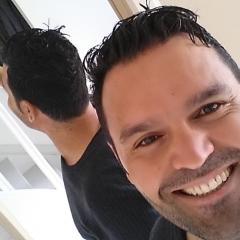 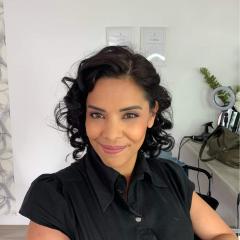 Spanish learning? Yes, you can!

Hola, qué tal! I have always enjoyed working with languages, culture, education and people. I am originally from Venezuela so Spanish is my... native language and I have been living in Belgium since 2009. My degree as Master in Industrial Sciences is equated here. I am a teacher and since 2018 I have been teaching Spanish to adults. I am able to boost the self-confidence of my students. My lessons are for absolute beginners (direction level 1 and 2), intermediate (direction level 3) and advanced (direction level 4). Conversation is also possible. I focus on the four most important skills: speaking skills; listening skills, writing skills and reading skills. And also on grammar and spontaneous communication. Teaching and language are just my passion and I would like to teach it to others. I work with adults and seniors, but know that every person learns in a different way. Pleasure in learning and daring to communicate are paramount to me: We use Spanish book and workbook; audio material (Spanish songs), card games and more! Los espero! anamaria Read more 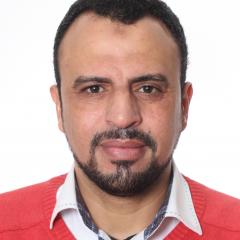 I'am Mohamed Awaad, 40 years old and I am from Egypt. In 2002 I obtained a degree in Arabic Language and Islamic Sciences in Cairo. In November... 2013 I took the step to come and live in Belgium. Not long after that I started following Dutch language courses at the CVO-Taxandria in Turnhout. I am now working for the fourth year as a teacher of Islamic Religion in primary and secondary education. Read more 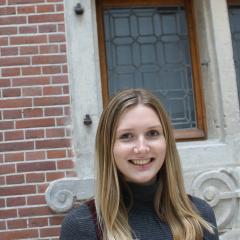 As a language professional, I know exactly what it is like to start to learn a foreign language, or to learn to master your mother tongue to... perfection. Together, we will make sure that you feel comfortable speaking your target language. With a personalised approach (focussing on more theory, practical exercises or jargon, for example), we will lift your language skills to a higher level! Let me introduce myself. My name is Sophie, I am 23 years young and all my life, languages have been my passion! During my bachelor degree in Applied Linguistics, I learned to perfectly master my mother tongue (Dutch) and I reached a professional level of both French and Spanish. In 2020, I obtained a Master's degree in Interpreting. Finally, in 2021, I did a Master's in Education to become a certified teacher. In that way, you're sure you are sure that you receive qualitative language classes! I hope to see you soon! Sincerely, Sophie Read more 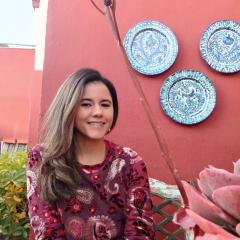 My name is Radia, I am Spanish-Moroccan and I live in Belgium. I am an Arabist, Orientalist, teacher of Modern Standard Arabic, Moroccan... dialect, Spanish for foreigners, and English. I specialized in Arabic philology, history of the Arab world, history of religions (especially Islam), and management of religious and cultural diversity. I am multilingual, fluent in Spanish, Modern Standard Arabic, English, and the Moroccan dialect. I have a university degree in Arab and Islamic Studies and two Master's Degree, one in Arab and Hebrew Culture: Al-Andalus and the Contemporary Arab World from the University of Granada and the International Postgraduate School; and the other in Sciences of Religions: History and Societies at Pablo de Olavide University. Currently, I am a Ph.D. student at the University of Granada. I have more than seven years of experience giving private classes both at home and by video calls and at the Qalam Academy in Granada, as well as other academies in Granada such as Language4you or Glossa in Poland. I have also been able to study Egyptian, Saudi, Palestinian and Syrian dialects for a few years. I have a lot of experience in company internships and in Erasmus as a university student, as a translator, interpreter, teacher, writer, etc. And I have worked in foreign countries like Poland and Belgium. I have worked as a marketing translator in Belgium and previously I was a translator in Poland, also for the company Dicampus in Spain. I am a translator of digital, educational, and literary content. I have translations of children's stories, fables, and published stories. In my free time I enjoy watching movies, series, playing video games, drawing, painting, and dancing. Read more 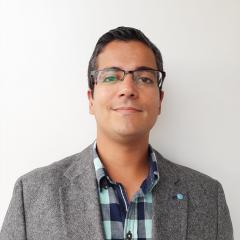 English Language Teacher for All Levels

Being a native English speaker with a 120-hour premier TEFL certificate and a double major in communications, my lessons deliver value that... help you reach your language goals. Having worked in Europe, Asia and the Middle East, my classes come with an international flavor. My students have described my teaching style as being nurturing and effective. Sign up for your trial lesson today! Read more 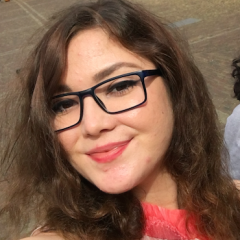 English teacher for all ages and levels!

Hello! My name is Sonia. I was born in Romania, and lived in the United Arab Emirates and the Netherlands. I am currently living in Belgium and... have obtained my bachelor degree in European Law, from Maastricht University. I believe that my knowledge of English has provided me with many opportunities of traveling, studying, and residing in all these different countries over time. I am a firm believer that it is never too early, or too late, to start learning a new language. I want to assist you in your journey of learning, or improving your English, by providing you with interactive online lessons, and helpful material. I teach English to students at any level. I'm also able to teach academic or legal English for students that wish to purse a career in law, or seek to improve their academic reading and writing skills. Please do not hesitate to contact me if you are looking to attend English courses. Looking forward to meeting you! :) Read more 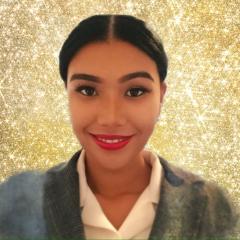 Hi there, my name is Jamie Abigail- but you can call me Teacher Abby. I am a certified TEFL teacher with teaching experience. I am 23 years... old born and bred in South Africa- the weather in South Africa is never predictable, always sunny, rainy, and rarely snows. In South Africa we have 12 official languages - I know pretty awesome right? I come from a very creative background, that includes the following deciplines- Fine Art, Fashion Design, Graphic Design and Interior Design. In my classes you will sing, dance, do art and laugh whilst we work on our conversational skills and English! I am an aunt to 7 so I have extra experience working with kids who may have difficulties learning the new language! I am so excited to explore and learn about new countries and different cultures! and what you guys like to do for fun! One can never have too much knowledge, I enjoy learning new things, always trying to improve my skill set and capabilities! My offer to you guys would include tapping into your creative side by teaching you the basics on how to sew and how to draw as well as paint ! I hope you can join me and my class! so we can LEARN and have so much FUN! See you soon! Read more 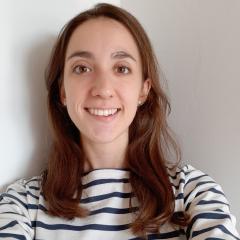 Hi, I'm Adelina, your future native Spanish teacher! In CoLanguage we can create a beautiful link to learn this new language in the most... dynamic and simple way. To achieve this, I count on the experience that I accumulate as a teacher, the training in philology and the constant desire to continue helping more and more people to introduce, continue or improve their Spanish. Come on, I'll wait for you! Read more 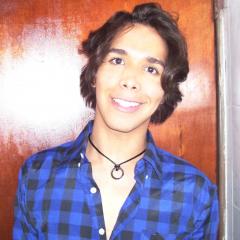 Hola, que tal ? My name is Pedro. I come from Veúnezuela and I have a degree in Foreign Languages, but I am dedicate myself to teach... Spanish. I have a degree in foreign languages, I also have a postgraduate degree in higher education, and I have worked for around 5 years as an Spanish, French and English teacher. My teaching methods are modern, linguistic, didactic, dynamic and andragogic, but simple! I always try to find the easiest and funniest way to teach. The Study Materials that I always use are: -1 Nuevo ven -Español para extranjeros -Diccionario de la lengua española So, what are you waiting for ? come here to learn some Spanish ! Read more